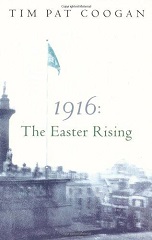 Several years ago, I visited Dublin to finally see Ireland for myself.  And while I admit that I was not swayed by the Irish breakfast, there were many other things about Dublin that made up for the first morning and I left Dublin with a sense of warmth and humbleness.  During my visit, I stopped by the General Post Office (“GPO”) to send out a few postcards. As I stood on line with other tourists, I marveled at the beauty of the building.  After some time, I and the other customers departed and went our separate ways.  But I do not believe that many of us on line that day, recalled or were aware of the historical significance of the post office.  On April 24, 1916, members of the Irish Republican Brotherhood (“IRB”), staged an uprising across Dublin to force an end to the rule of the British Crown (“the Crown”) across Ireland.  The GPO was one of many occupied buildings but is recognized as “ground zero” for the various seizures that occurred.  The events of that day have become known as the Easter Rising and contained within the pages of this book, is the story from start to finish by author Tim Pat Coogan.

Recently I have covered a couple of books on “the troubles” in Northern Ireland’s Ulster Province.   Each makes reference to the 1916 uprising but are primarily focused on the Irish Republican Army (“IRA”).  I knew that at some point I would need to examine the Easter Rising and this book did not disappoint.  It came as a recommendation on Amazon and I purchased it rather quickly.   Having finished the book, I can firmly state that Coogan created an invaluable tool to learn the truth about the long and violent struggle by Republicans for a united Ireland.

Reviews on Amazon.com are generally positive with the only drawback being that the book is geared towards readers with a good amount of knowledge of Ireland’s history.   I do concur that the book is not an easy read but I do believe that readers who choose to explore this book already have a strong interest in the subject matter and will be somewhat familiar with the events at the GPO.  Regardless of the reader’s knowledge, it is an enjoyable read.  Coogan sets the right pace from early on and the book picks up speed as we move closer to the deadly climax.

While the book is focused on the uprising, there is far more to the story than meets the eye. In fact, not only do we learn about Coogan’s life growing up in Ireland, we also learn about the social conditions for most Irish men and women.  Life in Ireland was hard, famine was real and being Catholic was a cardinal sin. London had meddled in Irish affairs for several hundred years and calls for a United Ireland grew exponentially.   Protestant rule was enforced through gerrymandering and outright discrimination.  For Republicans, there was only thing to do and that was to force the Crown out of Ireland. To some, it was the only hope of an Ireland in which poverty was gone, religion did not divide society and the whole country was united as one.

Through Coogan’s work, I have come to learn the names of the Republican martyrs who whose legacies live on.  The names of Patrick Pearse (1879-1916) and James Connolly (1868-1916), among others, are now etched into my memory.   The uprising proved to be their downfall but in death they have become revered as the fathers of the Irish Republic.  Coogan provides samples of Pearse’s written correspondence to family members and short speeches he gave prior to this death, giving the reader a better idea as to who he was and his ultimate goal for Ireland.  To the Crown, the IRB was a group of agitators whose actions were insubordinate, treasonous and outright disrespectful. And to some Irish, particularly those of the Protestant faith, it was further confirmation that they were vindicated in their distrust and rejection of Catholics.  London took the position that the rebellion had to be resolved and Britain retaliated sharply.  Ironically, the crackdown by the Crown had many unintended effects that changed the course of Irish history.  Readers will find this part of the book highly interesting.

Coogan created what is with without a doubt, a definitive account of the Easter Rising.  There are many characters involved and certainly a lot of information to process.  But I think that readers who have the patience and interest to make it through the book will find that it is well worth the effort.  The troubles in Northern Ireland could reignite at any time and the war between the Republicans and the Crown could once again become full scale.   Inevitably, foreign nations will intervene and try to broker peace.  But in order for peace to prevail, all involved must understand what is truly at stake and why each side has the strong convictions that they do.  For those that live outside of Ireland, it may be necessary to first go back and learn the truth about the Crown’s presence in Ireland and the birth of the effort of Republicans to see it come to an end.