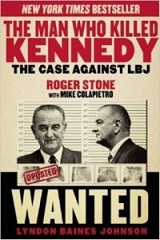 On November 22, 1963, a shift of government occurred in the United States that permanently altered the course of history taken by this nation.  Aboard Air Force One, Lyndon Baines Johnson is sworn in as the 36th President of the United States following the assassination of John F. Kennedy in Dallas, Texas.  Rumors and speculation about the alleged assassin, Lee Harvey Oswald and possible conspirators, began to grow exponentially following Oswald’s arrest.  And after Oswald’s murder at the hands of Jack Ruby on Sunday, November 24, the nature of the crime took a darker and more sinister turn.  The murders of the President, Lee Harvey Oswald and Dallas Polices Officer J.D. Tippitt, transfixed the nation and resembled events often seen in nations thought of as nothing more than Banana Republics. And Kennedy’s murder is considered by many, to this day, to be the most notorious crime and unsolved murder in American history.

The question has been asked more than once if we will ever know the truth about Dallas.  Some believe we are inching closer while others feel that the crime is so complex that no one will be able to put all of the pieces together.  However, what is clear, is that the murder was a concerted effort among an unknown number of individuals and groups, all benefiting from the removal of John F. Kennedy from office.  The official story is that a lone nut with a cheap Manlicher Carcano rifle executed Kennedy with three shots from the Texas School Book Depository.  In 1976, the House Select Committee on Assassinations found a “probable” conspiracy in the murders of John F. Kennedy and Dr. Martin Luther King, Jr.  Both murders continue to raise suspicion as the truth about the events on each day are still shrouded in mystery.

Similar to a jigsaw puzzle with thousand of pieces, Kennedy’s murder has produced a staggering amount of possible conspirators.  Intelligence agencies, Cuban exiles, mobsters and politicians are among the endless number of suspects.  On nearly every list of suspects that I’ve seen in books and articles on the assassination, one name continues to stand out, Lyndon Baines Johnson.   Many readers will have a knee jerk reaction at the thought that anyone would accuse the former President of murdering his own Commander-in-Chief.   But when we take a closer look at the life of LBJ and his rise to power, many dark and disturbing actions come to light showing the true nature of our former President.

This book is Roger Stone and Mike Colapietro’s indictment of Lyndon Baines Johnson for the murder of John F. Kennedy.  No stranger to politics, Stone worked closely with another former President, Richard Nixon has as keen grasp on dirty side of the political spectrum.   The reader may be tempted to dismiss the duo as crackpots out to smear the legacy of Johnson but I caution the reader to have an open mind and cross-reference what’s in the book.  What you will find just might shock you to the core.   And once you’ve finished this, I highly recommend David Talbot’s ‘Brothers: The Hidden History of the Kenned Years‘, ‘The Devil’s Chessboard‘ and Seymour Hersh’s ‘ The Dark Side of Camelot‘.

All of the usual suspects known to be associated with LBJ make an appearance such as  Malcolm “Mac” Wallace, Billy Sol Estes and Bobby Baker.  The murders of Doug Kinser, Josefa Johnson, Henry Marshall and Sam Smithwick are examined as well as the 1948 election against Coke Stevenson.  The tragedies of Vietnam and the USS Liberty are also revisited.  Fidel Castro once remarked that history would absolve him.  In the final analysis, was LBJ a champion of civil rights and defender of the US against communist aggression? Or was he a power-hungry lunatic, bent of starting war with help defense contractors get rich and the murderer of John Fitzgerald Kennedy?  You be the judge.