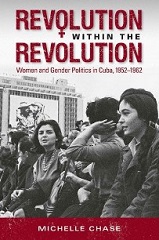 The Cuban Revolution has served as a blueprint as a successful campaign for independence from imperialism.   Fidel Castro (1926-2016),  Ernesto Che Guevara (1928-1967) and Raul Castro (1931-) became legendary figures in Cuba and around the world.  Raul is remaining member of the trio and is currently the President of the Council of State of Cuba and the President of the Council of Ministers of Cuba following Fidel’s retirement in 2008. In March, 2016, United States President Barack Obama made a historic visit to the island in an effort to restore severely strained diplomatic relations between the two nations. Time will tell if Washington and Havana continue down that path.

When Fidel Castro died in December, 2016, he joined the ranks among the now deceased leaders from the Cold War Era.  Raul remains carrying the Castro name and the torch of the revolution.  As fascinating as the revolution is, there are many stories that have never been told.  Che’s march in Santa Clara and Fidel’s triumphant march into Havana are typically referred to as the shining moments of the movement.  But upon closer inspection as Michelle Chase shows us, a revolution took place within the revolution. Examining the importance of women and gender politics, Chase shows the revolution from the view of the female revolutionary and the struggle of women prior to and post-revolution. Admirers of the Castro brothers and Guevara might be tempted to believe that the Cuba became a glorious paradise following Batista’s overthrow.  But the reality is that women waged their own battle to achieve equality and a voice in Cuban society.

When we think of the Cuban revolution, we often conjure up the image of the Barbudo, the bearded guerrilla fighter in the jungles of the small Caribbean island.  In truth, behind the heroic figures, were women who saw the revolution as a chance to transform Cuban society and prove that they had just as much courage, will and goals as their male counterparts. To reinforce the importance of women in the effort, Chase revisits the events prior to Batista’s fall as young Cubans began to form resistance groups opposed to the tyrannical dictator supported by the United States.   And interesting, the effort was far more widespread than  the Twenty Sixth of July Movement which is the default resistance group examined in books, magazines and documentaries.   Women participated in this group and many others in the effort to establish a free Cuba.  Their voices and stories come alive in this book to enlighten even the most serious student of the revolution. I found the book to be significant for it touches of a largely unknown topic outside of Cuba.

Where the book shines is in its unfiltered examination of Cuba post-revolution. There is no glorification of Castro here.  We see what was happening and the effect on everyday Cubans.  And without women, there was no way Cuban society could have continued to function.    Also highlighted in the book are the areas in which the revolution was failing its citizens.  Even today, Cuba is still in need of much reformation but is still constrained under the banner of revolution.  We can only guess as to what will happen after Raul Castro leaves office for the final time.   Regardless of how or when he leaves office, it is imperative that we remember the lives and efforts of the Cuban women, who marched, carried signs, put their lives on the line and challenged the establishment.  Today they are grandmothers and great grand-grandmothers.  But there was a time in their lives where they took part in one of the 20th Century’s greatest events.