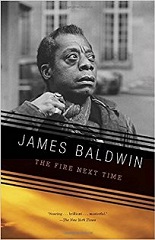 Every year that I age, I have noticed that I have a growing appreciation for classic literature and the works of other authors that are no longer with us.  James Baldwin (1924-1987) is near the top of my list of authors whose books are critical to American history and the current day state of affairs in the United States.  The Harlem native who took his last breath in France, stands out as a commentator on race in America. His observations which he then put into words, were sharp, analytical and deeply profound. Baldwin lived what could only be described as an eventful but complicated life.   He was a Black American and homosexual in a time in which both were considered to be crimes of the highest nature. America had yet to see the passing of the Civil Rights Act of 1964 and homosexuality was still considered a crime against nature in many states. Baldwin was both and carried himself with an aura of confidence and intellect that has remained impressive many years after his death.  In this short but intriguing book, Baldwin comments on race in America based off of his experience and encounters with White Americans and even Elijah Muhammad and the Nation of Islam.  He never joined the nation but his account of his meeting with Muhammad is one of the highlights of the book.   Racial discrimination is never an easy topic to discuss and many of us would prefer to discuss more pleasant issues.  But Baldwin was a master of taking a explosive topic and relaying it to the reader in a way that forces one to do deep soul-searching if they are not African-American and reevaluate their own existence if they are.

Too often, it is assumed that books about racial inequality are attacks against White Americans.  That is not Baldwin’s goal. In fact, Baldwin’s social circle was very diverse, consisting of White Americans, Black Americans, Europeans and Turkish individuals among others.  In fact, in the book there is a part in which he feels conflicted about his White friends and his own social situation in America.  His experience is not meant to demean or drive a wedge between friends but highlights the inner conflict that can engulf anyone. The key to appreciating Baldwin’s work is to remember that it was written in a time period that is much different from 2017.     Jim Crow, voter suppression, poverty and class based war made life deplorable for minorities and poor White Americans.    And before the courage of the Loving family, interracial marriage was illegal throughout the country.   Every great movement needs voices like Baldwin, to remind of us where we come from and what we need to do in order to move forward. It is a shame that today, his voice has been largely forgotten by a generation that has no connection of one of the greatest writers in American history.

I truly wish Baldwin had completed more books before his death.  His mind was uncanny and we are fortunate to have the works that he left behind.  This book is not just for Black or White Americans, but for anyone who wishes to examined and understand America’s unpleasant history with racial equality.   History is not always pleasant but the darkness in it, helps us  not to make the same mistakes again but to try a different path that works and exemplifies what progress truly is.  Baldwin does it again with another classic.