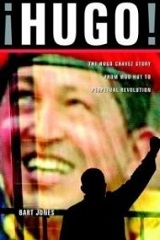 Today, Venezuela finds itself at the brink of a migrant crisis that could very surpass that of Syria.  The mass exodus of Venezuelans to surrounding countries in Latin America has increased as social conditions have deteriorated with food shortages, absurdly inflated currency and political suppression having become daily aspects of life. Nicolás Maduro (1962-) is the sitting President of Venezuela.  His administration has come under fire both domestic and abroad for its dismal record on improving Venezuelan society.  The country’s fall from grace is one of the most confusing and astounding transformations in modern history.  The nation was once at the top of the petroleum export industry and under President Hugo Chávez (1954-2013), Venezuela re-merged as a country to be recognized.    On March 5, 2013, he died after a two-year battle with colon cancer and with his death came the end of an era in Venezuela to which the country has been unable and in some cases unwilling to return.

In the United States, Chávez was often demonized as brutal despot that ruled Venezuela with an iron fist.  Absurd stories of public shootings, censorship of the press and human rights violations were regularly broadcast in U.S. media outlets.  The anti-Chávez stance was espoused by the White House as official government policy.   Many Americans firmly believed that Chávez must go.  But how much do we really know about Hugo Chávez and his life?  Bart Jones is a reporter for Newsday and for eight years he worked in Venezuela, documenting the regime changes and spectacular rise and fall of Hugo Chávez.  He has a keen insight into Venezuelan society from a first-hand view and because of this, the book has an even more authentic feel to it.

Jones takes us back in time to 1954 in the small town of Sabaneta in the State of Barinas in west-central Venezuela as Hugo Rafael Chávez Frías enters the world.  Raised at first by his grandmother Ines, there are no inkling that the young child will grow up to rule the country.   What is clear is the high esteem in which Chávez held his grandmother for all of his life and up until her death.   As he matures into a young man and enters the military, it is here that his story begins to pick up speed.  The author goes into great detail about Chávez’s early life, through old-fashioned research and discussions with Chávez that lasted several hours.  The portrait that begins to take shape is of a young man with a passion for baseball, history and the well-being of the country he calls home that has been plagued by corruption and poverty supplemental by a racial hierarchy.   Books become his favorite hobby and through history, Chávez becomes familiar with the man who is the Latin American equivalent of George Washington; Simón Bolívar (1783-1830).  For the rest of his life,  Chávez would inject Bolívar into nearly all of his speeches, plans and actions.   American readers who are drawn to history will appreciate the recap of the story of the late revolutionary and come to understand why he is so revered in Latin America.  For Chávez, there was no Venezuela without the spirit of Bolívar.

Latin America has been plagued by military coups and endless changes in regime.  Venezuela was no stranger to either. Chávez, the brilliant and aspiring leader, seized his opportunity on the heels of political upheaval and in contrast to what is often mistakenly repeated, catapulted to office in a free and open election.   But what is paramount is how he rose to power and that is what Jones carefully explains to us.  The man who was the outsider, achieved the impossible and during his time in office, left a mark on Venezuela that will last forever.   Not without his faults, he was a complex character and the author leaves it up to the reader to decide. And had he not died at such a young age, perhaps he would have gone on to achieve more in his later years.  I forewarn the reader that if you approach this book with anti-Chávez bias, you will not appreciate the gift contained in these pages.   In fact, Jones is no Chávez fan and does an incredible job of remaining unbiased.  He points out Chávez’s triumphs and also his failures.  And what we can take away from what we learn is that Chávez was a human being who some believed was larger than life.  From the comfort of our homes in America, it may be hard for some of us to understand his popularity but in Latin America, hope is more powerful than we may think.  Chávez masterfully became a man of the people and his ascension to power was extremely well-played.

Similar to other biographies of great leaders, the book contains a cast of real-life characters from President George Bush (1946-), Secretary of State Condoleezza Rice (1954-) and even the late Fidel Castro (1926-2016).  Chávez had never served in office before winning the presidential election but he quickly made up for his shortcomings and did change Venezuelan society.  Sadly, it seems that after his death the nation was never the same and under the current administration, is sliding deeper in anarchy with each passing week. If Chávez were alive, I am sure he would be ready to work to carry on the revolution to make Venezuela the greatest Latin American nation the world has seen.  He was brash, inspiring, shrewd and at times unrealistic but above all, he was Venezuela.  This is the incredible life story of Hugo Chávez and the nation he led.

shining a light on global issues