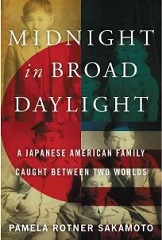 The Second World War remains the most brutal conflict in history.   The number of those who perished is still up for debate and there are many secrets of the war that have been lost to history forever.  In the United States, foreign-born citizens with roots in any of the countries part of the Axis powers, found their selves under suspicion and in the case of the Japanese, placed into concentration camps.   Although not as inhumane and deadly as the camps in Germany and Poland, they resulted in the rise of resentment among Japanese-Americans toward the United States Government and the country they called home.  The dropping of the Atomic bombs further heightened the feeling of resentment and was the first and only time a nuclear weapon was used in warfare.  Survivors of the bomb attacks can still be found today, advanced in their years but tragically familiar with the barbarity of modern warfare.  Across the pacific, Japanese-American veterans of the war remember the tragedy that befell Japan, the nation to which their families trace their origins.  But what happens when half of a family is in Japan and the other half is in the United States?  Or what do you do when one son is part of the Japanese Imperial Army and the other is part of the United States Armed Forces?  And when the war is over, how do you come to terms with the effects war has had on your family and yourself?  This is the story of the Fukuhara family whose lives are the answer to those questions. Written by Pamela Rotner Sakamoto and containing snippets of interviews conducted with those relevant to the story, Midnight in Broad Daylight is a heart wrenching story of a family struggling to survive, having been affected by a war in more ways than one.

Following the death of the family patriarch, a widow is faced with the daunting challenge of raising several children on an almost non-existent budget.  Her plight is compounded by the social climate of strong prejudice against Asian-Americans.  Seeking a better quality of life, she makes the decision to relocate to her homeland of Japan where several other children reside.  There, they are briefly reunited and their situation forms the nexus for the remainder of the story as we follow Kino, her children Harry, Victory, Frank and Mary as they move through life and encounter war on a scale unlike anything ever seen before.  Harry (1925-2015) and Mary eventually move back to the United States leaving behind Kino, Victor and Frank.  Life moves along for each until December 7, 1941, the day that lives in infamy, when the Japanese air force bombed Pearl Harbor bringing the United States into the war.  From that point on, none of their lives would ever be the same again.  Harry became the most popular of the siblings, earning his induction in the Military Intelligence Hall of Fame in 1988.

The East and West still have much ground to cover in completely understanding each other.  Foreigners who move to the United States often face the challenge of enforcing native traditions on their American children.  Generational and cultural gaps are formed making the path to understanding and compromise seem as if it is completely out of reach.  But if we take the time to read the story of the Fukuhara’s, we can find solid footing allowing us to examine the fears and concerns about culture being lost.   Today, it is probably impossible for any of us to begin to understand the inner conflict a person must have had if they were Japanese during World War II.   The attacks at Pearl Harbor caught nearly all by surprise including Japanese-Americans.  But following the attack and the United States entry into the conflict, life became harder and the prejudices against Japanese far much stronger.  With hindsight we can easily find fault with government policy during that era but today we would be hard pressed to say if some of us would do otherwise. Regardless of whether you are a hawk or a dove, this story is moving and one that should be widely read.  As I made my way through the book, I found myself rooting for the Fukuhara’s, hoping that they all make it through the war and reunite with a happy ending.  This did not happen.  The book is not easy to read in some parts, in particular with regards to the concentration camps and the bombs dropped on Nagasaki and Hiroshima.  We should never fail to comprehend the level of devastation caused by the devices known as Fat Man and Little Boy.   The effects of the blast and subsequent radiation sickness are on full display and reinforces my belief that Japan’s resurrection after the war was nothing short of miraculous.

I hope that the world never experiences a conflict on the scale of World War II.  If we do, it might be the world’s final war.  As the people of Japan were preparing for the Allied invasion, I am sure that they too thought that the war would be Japan’s total demise.  For their relatives here in the United States, there was only waiting and uneasiness as news of the atomic bombs spread across the globe.  The Fukuhara’s lives are a case study of what happens to those families caught on both sides of a conflict regardless of their personal beliefs or character.  For the rest of their lives, the events of the 1940s remained with them as reminders of a dark period in world history.  If you are a student of world history and/or a World War II buff, then this book a welcomed addition.