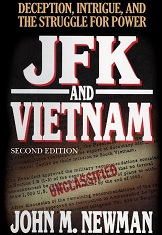 March 29, 2019, marked the forty-six anniversary of the departure of the last remaining United States troops in South Vietnam.  Two years after their departure,on April 30, 1975, Siagon fell to North Vietnamese forces as Hanoi tightened its grip around the country.  By the time the war ended, fifty-eight thousand American soldiers had lost their lives in Vietnam.  North Vietnamese Army and Viet Cong losses were estimated to be well over one million.  Civilian deaths were even higher in number but despite the large numbers of casualties, North Vietnam refused to surrender and was determined to achieve reunification.  The withdrawal of American troops was a sobering reality and cold hard truth:  the American effort in Southeast Asia had not succeeded.   To this day, there are many people who still wonder how and why the United States became entangled in Vietnam.   The defeat of French forces at Dien Bien Phu in 1954 should have served as a reminder that military might is not always a guarantee of success.  In January, 1960, President John F. Kennedy (1917-1963) took office and from the beginning of his administration until his death, the issue of Vietnam continued to fester like an open sore. Kennedy died before he could implement any further plans regarding Vietnam and took many secrets with him to his grave.  But declassified documents and political memoirs shed much light on what was really happening in his administration as it grappled to combat the growing Viet Cong menace.

Author John M. Newman is currently in the middle of a multi-volume set regarding Kennedy’s murder. I have reviewed three of them so far and eagerly await the publication of the next volume.  The books are incredible and the amount of information Newman provides is nothing short of staggering.  But as we see here, he a long time player in the game and in 1992, this masterpiece was released.  If you have seen the film ‘JFK’ by Oliver Stone, you will recall the scene where Jim Garrison (Kevin Costner) meets the character who calls himself “X” (Donald Sutherland).   What many viewers may not know is that Newman helped Stone create those scenes.  His research served as the basis for the dialogue between the two as X enlightens Garrison to many dark secrets surrounding Kennedy’s plans on Vietnam.  The scenes are moving but do not come close to telling the entire story.  This book however, does that and more and should be on the bookshelf of any reader who has an interest in the Vietnam War and in particular, its origins.

Newman takes us back to 1961 as the Kennedy Administration is recovering in the wake of the Bay of Pigs debacle.  The seeds of distrust had been sown and when the Joint Chiefs of Staff began to press him on Laos, Kennedy was wise to the game.  But the generals had a backup plan and if Kennedy would not go into Laos, then Vietnam was next on the list.  However, the generals had a tough road ahead and knew that the young president would not give in easily to their demands.  As a result a pattern of deception developed and before long Kennedy and his own administration were at odds over American foreign policy in Saigon.   The depth of that deception will surely surprise many and still has me shaking my head in disbelief.   I had been aware of many facts in the book but Newman brings even more to light.

The book is exhaustively researched and the information contained within it will cause shock and anger.  But what I liked the most about the book is while Newman makes the case for what Kennedy was thinking about Vietnam at the time of his death, he is also frank about where Kennedy made mistakes that helped contribute to an already precarious situation.  In all fairness to Kennedy, he never had the opportunity to defend himself regarding his decisions on Vietnam.  But the paper trial he left behind, shows definitive actions he took and intended to take as he grappled with South Vietnam and a cabinet that had split down the middle.

The key to understanding how the deception started is to understand how intelligence was being gathered in Southeast Asia.  Newman breaks down the various divisions in military command and the role of the Central Intelligence Agency (CIA).  Kennedy’s advisors are also on the hook and the actions of several of them add even more shock value to an already incredibly eye-opening account.  The realization that members of  his administration were deeply divided and at odds with each other, hovers like a dark cloud over the story as the crisis in South Vietnam unfolds.  All of the members of his administration are now deceased and we can only wonder as to why they committed some of the actions that they did.

No book about Vietnam would be complete without a discussion of Ngo Dinh Diem and his brother Ngo Dinh Nhu.  Both played a critical role in the development of the war and Newman provides a thorough explanation as to why the brothers were important to American success in Vietnam and where they went terribly wrong. The coup that resulted in their deaths, changed the course of history and gave the war a new face.  A few weeks after their assassinations, Kennedy himself was assassinated.  And although there is no proven link between the two events, actions of several figures in high positions in the time period between the two murders are quite suspicious and will surely cause readers to take notice.

Without giving away too much information, I would like to say that readers will benefit by paying close attention to the National Security Action Memos (NSAMs) signed by Kennedy regarding his policy on Vietnam.  They speak volumes and should paint a clearer picture of the forces he was up against.   National Security Actions Memos 55, 56, 57 and 111 are pivotal for they directly addressed many of the pressing issues Kennedy was facing at home and abroad.  The author discusses each so that the reader can easily understand the many nefarious elements that had been influencing foreign policy in some of the most scrupulous of ways.

Seasoned readers might be wondering where Lyndon Johnson fits into the story.  His role is covered here and the suspicious actions on his part are paid close attention to.  The war escalated greatly under his administration but we can only wonder how much Johnson knew and Kennedy did not.  Newman does not discuss any Kennedy assassination theories or give any attention to any suggestions of LBJ being complicit in the crime.  But what he does show is that the vice president certainly had an agenda of his own and it would be shown after the events in Dallas.  National Security Action Memo 263 is one of the book’s most critical moments and readers should pay extremely close attention to this part of the story that highlights the stark differences between the late and sitting presidents and their views on the raging conflict in South Vietnam.

A common question I have heard from Vietnam veterans and others who lived through the war is why were Americans being sent 13,000 miles away from home to fight a war against a country many of them had never heard of?   It is a critical question and I believe that Newman has many of the answers they seek.  By no means is the book a complete account of the war. In fact, I believe a better overall account of the entire conflict would the best-selling ” The Pentagon Papers: The Secret History of the Vietnam War“.   The authors there discussed Kennedy’s administration but concluded that they could not say for sure what Kennedy would have done regarding Vietnam due to his assassination in Dallas.  Newman takes it further and I believe that he clears up much of the mystery surrounding Kennedy’s record on Southeast Asia.

Many years have passed since the Vietnam War ended but for millions of veterans, the wounds and dark memories remain.  Some were sent to Vietnam not yet twenty years of age to a foreign country in which death was prevalent.  They watched their friends die in gruesome manners and were exposed to the horrors of war in a conflict that did not seem to have an endgame.  North Vietnam and the Viet Cong showed Washington that it would not be an “easy” war.  Hanoi was determined to succeed in unifying the country and no amount of United States pressure or troops would change that mission.  In the end, Hanoi did succeed and America was left to wonder what went wrong.   As we move forward as a nation, let us not forget the tragedy of Vietnam which serves as an example of the dangers of misguided and intentionally deceitful foreign policy that changes nations and history.  Newman absolutely nailed the subject in this incredible book that will surely satisfy anyone who decides to open it up.